SALT LAKE CITY, Utah, June 13, 2007 – A major report on teen sex education, released by Dr. Stan Weed of the Institute for Research and Evaluation in Salt Lake City, shows why abstinence is the most successful method of preventing physical and emotional complications resulting from pre-marital sexual activity. His research is based on the results of many studies that have followed the education and behavior of over 400,000 adolescents in 30 different states for 15 years (see http://www.lifesitenews.com/ldn/2007_docs/CompSexEd.pdf).

The final report, entitled “Abstinence” or “Comprehensive” Sex Education? begins by pointing out the flaws in a national study on abstinence released by  Mathematica Policy Research, Inc. Conducted in April 2007, this previous study examined the progress of teens who participated in four different abstinence education programs. The final report indicated that abstinence education was ineffective and that young adolescents should receive “comprehensive” sex education, that is, sex-education that teaches about various sexual behaviors and “safe-sex” methods.

After examining the Mathematica study’s methods, the Institute found several major errors that made the study non-representative of American sex education. First, says the more recent study, it took sample teens from “high-risk” sectors of the population, such as poor African or American single-parent households. During the study, young people received abstinence education in pre-adolescence, but then received no follow-up training during adolescence. They were also examined about their sexual activity several years after any learning might have taken effect.

Dr. Stan Weed told LifeSiteNews.com: “Within the United States, sexual activity rates have been going down among teenagers for about the last 12 or 13 years, and that coincides with when the abstinence education started. Abortion, pregnancies and out of wedlock births rates have also been going down among teens during that same time period. However, pregnancy, abortion and out of wedlock births have been rising for the older age group, between 19-25, a group that has not been targeted by abstinence programs.”

Outlining these limitations and the report’s inaccuracies, Dr. Weed highlighted the problems that sexually active teens encounter and the failure of “comprehensive” sex education to remedy such issues. These include teen pregnancy, STD’s and poor emotional health. Sexually active young people are also more often physically assaulted or raped.

“Comprehensive” sex education also fails to explain the limitation of condoms, said the recent study, pointing out that “many consequences of teen sexual activity are not prevented by condom use.” Condoms are never a total guarantee against STD’s, and so there is no kind of truly “safe” sex outside of marriage. Secondly, despite 20 years of sex education, young people even fail to use condoms consistently. Most importantly, however, condoms do nothing to prevent the heartbreak, depression and low self-esteem caused by sexual activity.

The Utah Institute researchers also investigated previous major studies on “comprehensive” sex education and found that these programs had little impact on the behavior of teens during their education and no long-term effects whatsoever. In fact, “of 50 rigorous studies spanning the past 15 years, only one of them reports an improvement in consistent condom use after a period of at least one year.”

When evaluating abstinence programs, the Institute investigated both high-risk and moderate-risk students in programs such as Reasons of the Heart, Heritage Keepers, Sex Respect and Teen Aid. Students in these programs were far less likely to be sexually active and those who were reduced their sexual activity by a large percentage. In the Reasons of the Heart study, for example, researchers found that “adolescent program participants were approximately one half as likely as the matched comparison group to initiate sexual activity after one year. The program’s effect was as strong for the African American subgroup in the sample as it was overall.”

The most successful abstinence programs were those that emphasized the risk of pre-marital sexual activity. They showed how abstinence fully protects a young person from STD’s, teen pregnancy and emotional trauma. They underlined the importance of self-control and responsibility and gave students the positive goal of a stable and committed marriage towards which to work in future. At the same time, however, researchers also found that it was crucial to re-educate adolescents about abstinence each successive year.

Dr. Weed concludes, “Well-designed and well-implemented abstinence education programs can reduce teen sexual activity by as much as one half for periods of one to two years, substantially increasing the number of adolescents who avoid the full range of problems related to teen sexual activity. Abandoning this strategy…would appear to be a policy driven by politics rather than by a desire to protect American teens.”

These results are consistent with many other findings, including a 2005 study by Medical Issues Analyst Reginald Finger of Focus on the Family. He investigated over 7,000 people in the United States that indicated the many social and emotional benefits to remaining abstinent. (see http://www.lifesitenews.com/ldn/2005/may/05050607.html).

Miss HIV: A Film to Change How the World Sees HIV/AIDS 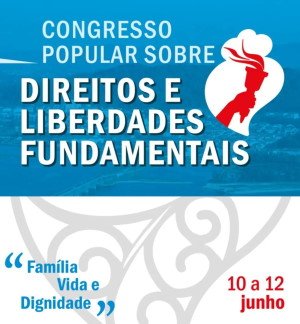